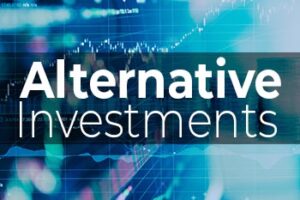 There was a TV show in the mid-2000s called Everybody Hates Chris. It was based on comedian Chris Rock’s childhood and how he was always getting into trouble even though he was a generally good kid who was often misunderstood. We see alternative investments the same way: they have some characteristics that make them easy to hate, but they remain a generally good, if often misunderstood idea.

Alternative investments, as we define them, include funds that focus on more esoteric strategies such as investments in catastrophe bonds, small private loans, currencies, commodities, private real estate, and may involve reasonable shorting or leverage. These are all things that sound risky.

Indeed, all of you have heard us mention many times, there are “warts” on these investments. They charge very high management fees, they are tax inefficient (we prefer to hold them in tax-advantaged retirement accounts), they are sometimes less liquid than stocks and bonds, their strategies can be difficult to understand, and they have experienced longish stretches of poor performance.

Interestingly, however, the problems with these investments do not include undue risk. Rather, we hold these funds to reduce the risk of the overall portfolio. As a group, these alternative funds are certainly riskier than bonds, but not by much according to the historical data. They are also far less risky than stocks. And, as we’ve seen lately, they can offer significant downside risk control in a bear market. That likely won’t happen in every bear market environment, but so far this year, an equally weighted mix of the alternative funds we use is up 11.3% compared with a 20% decline for the S&P 500 and a 10% drop for thebond market. So, despite their many problems, an allocation to alternative investments still makes sense for many investors.

It is easy to crow about strong performance now, but admittedly there have been long stretches of five years or so, when alternative investments have not performed well. As a group, they haven’t suffered large declines, but their returns were lackluster in the face of a strong bull market in stocks the past several years. Taken in the proper perspective, however, that doesn’t seem so bad. Stocks have experienced falls of greater than 50% during their worst moments (see 1972, 2000-2002, and 2007-2009). They also have experienced “lost decades” such as the 2000s when their compound annualized return for ten years was 1.4%.

By comparison, alternatives seem downright tame. Their maximum drawdown over the past 20 years has been a modest 5.3%. Their annualized return has only been two percentage points behind stocks during what has been a strong period for stocks. Could it be that alternatives perform better than the stock market looking forward? That seemed a laughable notion only a year ago, but not so much anymore. More importantly than their absolute returns however is their low correlation to stocks, bonds, and of each alternative fund to the others. That is what accounts for the lower risk profile.

So, while these funds are still viewed skeptically, at best, by many of our clients, we believe they have earned their stripes as strong diversifiers. Even more importantly, that diversification tends to “work” when we need it most. For example, a basket of commodities has a low correlation of returns to stocks over a period of many years.

However, because commodity prices are sensitive to economic growth, just like stocks, they tend to fall in price when stocks fall in price. That means the downside correlation of stocks and commodities is quite high, even if overall correlation is low over time. Our alternative funds seem to not suffer from this, at least not as much.

In addition to strong performance in the current stock market downturn, alternative investments have held up well in past stock market dips. The S&P 500 dropped 19% in the fourth quarter of 2018 and alternatives fell only 3%. The COVID downturn in early 2020 resulted in a 33% drop for stocks but only a 3% decline for alternatives.

A big part of the downside protection is because of catastrophe bonds and managed futures. Catastrophe bonds lose money when there are big natural disasters such as hurricanes or earthquakes, but those are not precipitated by economic recessions. Thus, the returns on catastrophe bonds are independent of the forces that drive most other investments. Managed futures funds are trend followers, which means they can make money in up markets buy buying stocks, bonds, currencies, or commodities, or they can profit by shorting these securities in down markets. Historically they have performed quite well in stock market downturns.

We never would have started using alternative investments if things looked “normal” in the stock and bond markets. However, a few years ago the first signs of trouble were appearing with ultra-low bond yields and high valuations for stocks. That is a bad combination, and while the party lasted for many years, it may be time for the hangover. Alternatives, at least so far, have been strong aspirin to relieve the worst of the symptoms.

So, while some will continue to hate alternatives, we have found a number of redeeming qualities, not just in historical research but in real-time empirical data. We continue to believe they are mostly good and simply misunderstood.